The Selene 66 called Jade continues its boat trip around the world!

The famous boat designed by Howard Chen has now arrived in Alaska to progress slowly but carefully towards the Columbia glacier. After having sailed to the four corners of the globe, it was towards the conquest of the north that the Selene 66 set sail.

Destination coveted by American charters, the Jade Selene 66 is gone discover the largest concentration of glaciers in the world flowing into the sea. From an anchor in Eshamy Bay with sublime giant fir trees to Prince William Sound Bay, the flagship boat of the Selene brand progresses slowly but reliably amidst the growlers.

Zoom on this exceptional stage of the Jade - Selene 66 in Alaska. 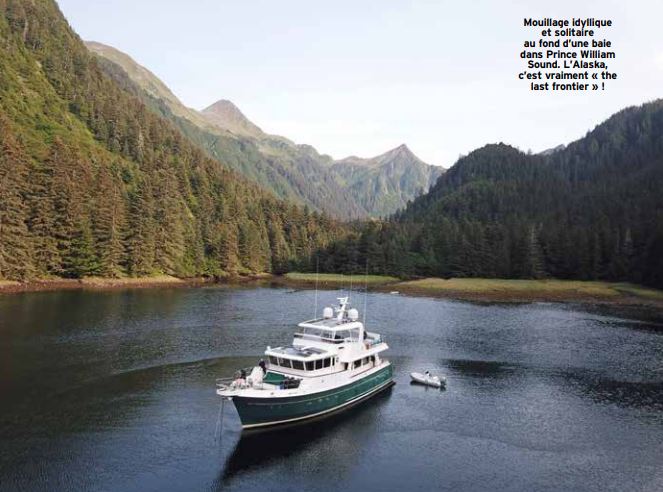 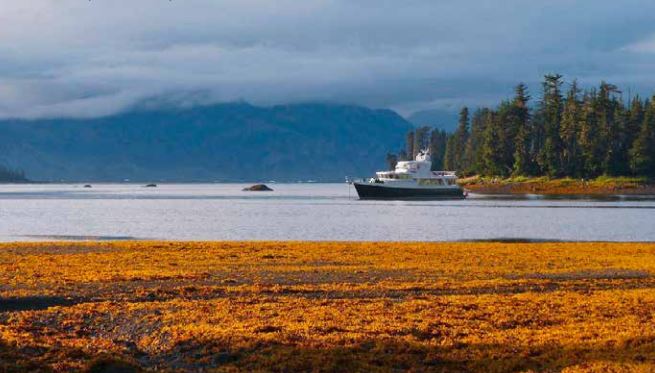 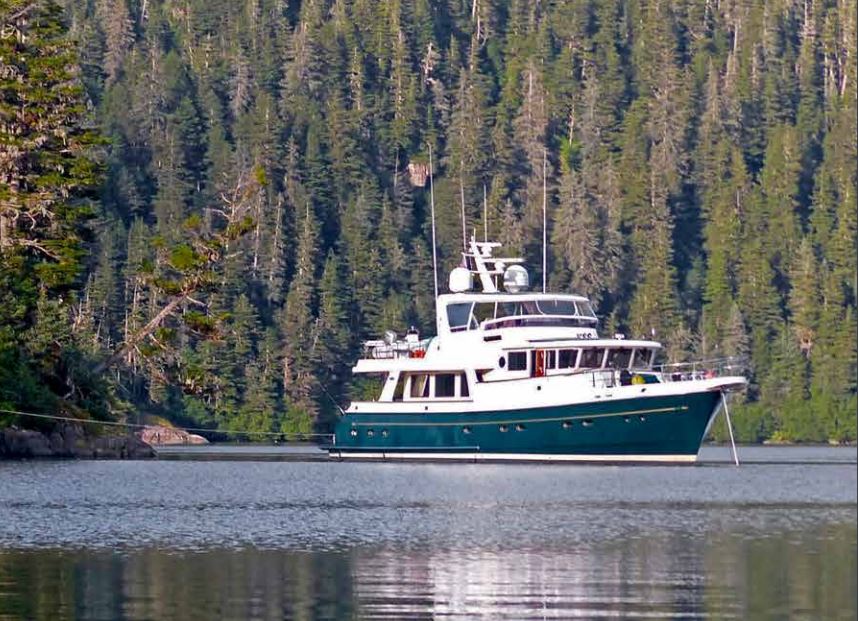 Navigation of the Selene 66 in Alaska: an exceptional boat trip

Few sailors can boast of having gone to visit the imposing ice mountains of Alaska or of having crossed sublime northern bays while admiring the fauna and flora of this so special corner of the world.

After New Zealand, Japan and Kamchatka, the Jade crew had the privilege of accessing these particular places aboard the Selene 66. Launched aboard the 22-meter Selene 66 boat called Jade, the crew was able to discover the glaciers and the sublime surrounding landscapes after careful navigation. And for good reason: navigating between growlers is not an easy task aboard a trawler.

These blocks of ice similar to icebergs of variable size require total control of the boat and an absolute solidity of the latter.

The solid shell of the Selene 66 modeled on the mold of the Selene 62 demonstrated its reliability and this is what allowed it’s up to the entire crew to navigate the winding, narrow guts of this place on the globe .

The Jade was able to notably penetrate into Prince William Sound Bay. About sixty miles wide, this northern bay is cracked with deep fjords some of which are more than 40 miles in length. A breathtaking spectacle that few boaters could experience!

From the glaciers of Harriman Fjord to Cordova and up to Shoestring Cove , the Selene 66 made it possible to enter into communion with the surrounding nature and defy the natural obstacles put in its wake. Bears, seals, otters, giant red cedars and other salmon accompanied each stage of the journey of the Selene 66 boat in the land of the Eskimos.

Fluid in navigation, the Selene 66 allowed the crew of this crazy adventure in Alaska to pass through narrow places as when approaching the Esther Passage for example.

The great maneuverability of the Selene Yacht trawler is ideal for carrying out all stages of this journey for the greatest pleasure of the crew but also ours who follow with interest their adventure in the magazine Soundings and on blog myjade.fr.


Do you like the models of high-end Selene Yacht trawlers? Trawlers & Yachting in Mandelieu-la-Napoule has been the exclusive importer of the Sélène range since 2011 for France, Italy, Spain and the United Kingdom.