The first big nautical event of the season, the Yachting Festival is getting ready to heat up the port of Cannes from September 6 to 11. Among the 550 exhibitors expected, Sirena Marine via Trawlers & Yachting, Sirena's sole importer for France and Monaco, will have a great place under the French Riviera sun, with a complete range of yachts.

"For the first time, the entire range of boats will be presented, including the Sirena 78, in a world premiere in Cannes", rejoices Louis-Charles Koubi, the founder of Trawlers & Yachting. The latest addition to the Turkish trawler brand has never been presented in France until now. "There was a hole in the range," says the boating enthusiast. Sirena first created the 64, which was then replaced by the 68. Then came the 58 and the 88, "Sirena 78 is a compromise between the 68 and the 88," says Louis-Charles Koubi.

With a length of 23.9 meters - or 78 feet - Serena 78 has 4 double cabins with bathrooms and a sailor's cabin. It accommodates a dozen people on board, including the crew. Designed by German Frers, the cruising yacht combines comfort and maritime performance. The flybridge is a distinctive feature of the line, offering exceptional space and views. Bathing platform, sunbathing area, tables, ladder, shower, cushions... Everyone can make their own space. Not to mention the hard top, which offers delicious shade. 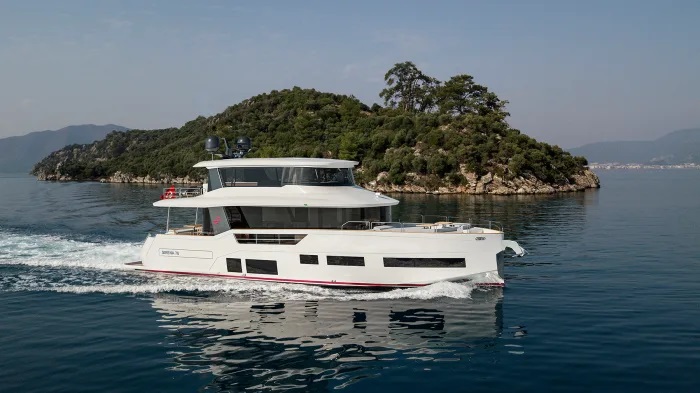 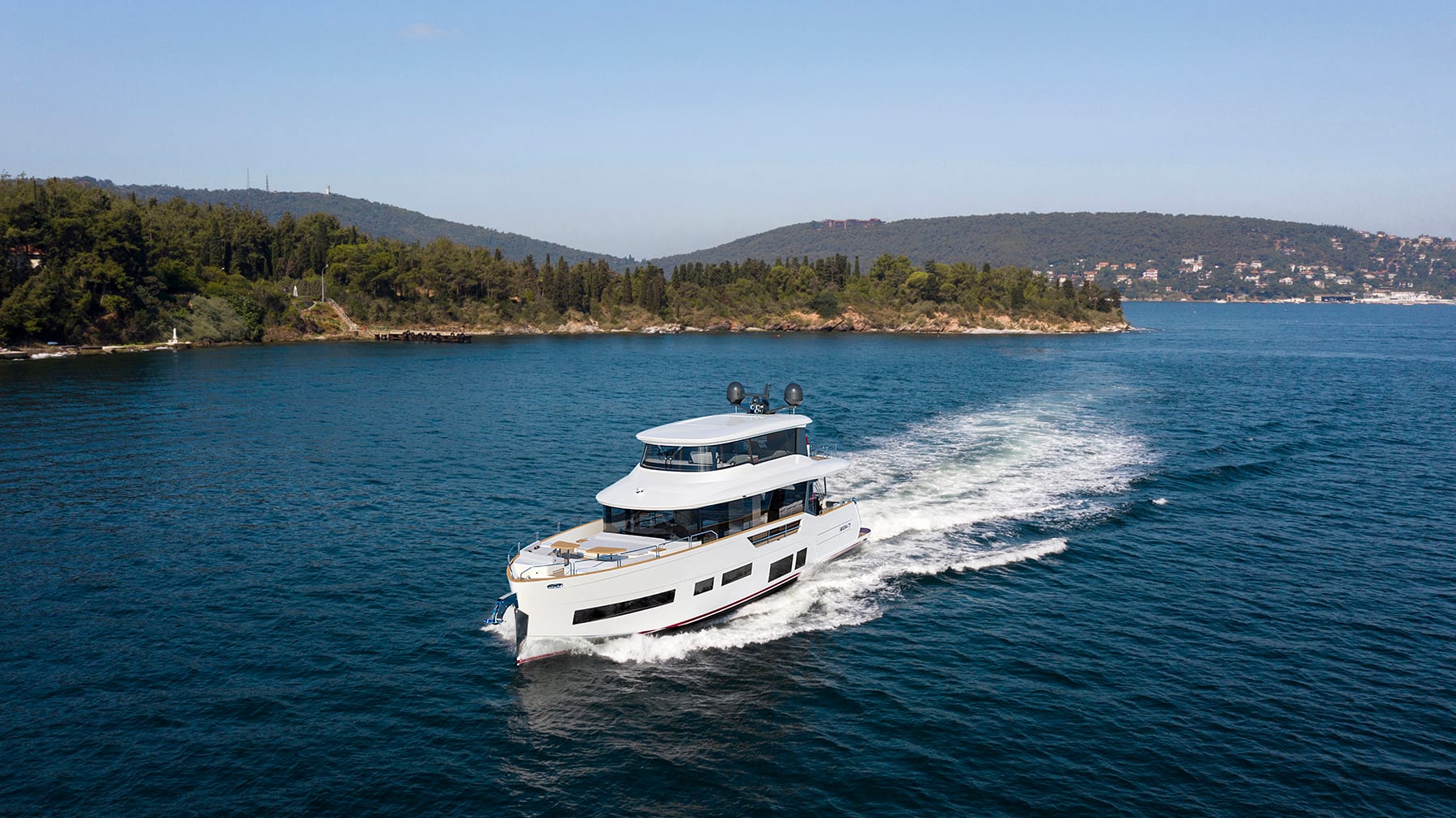 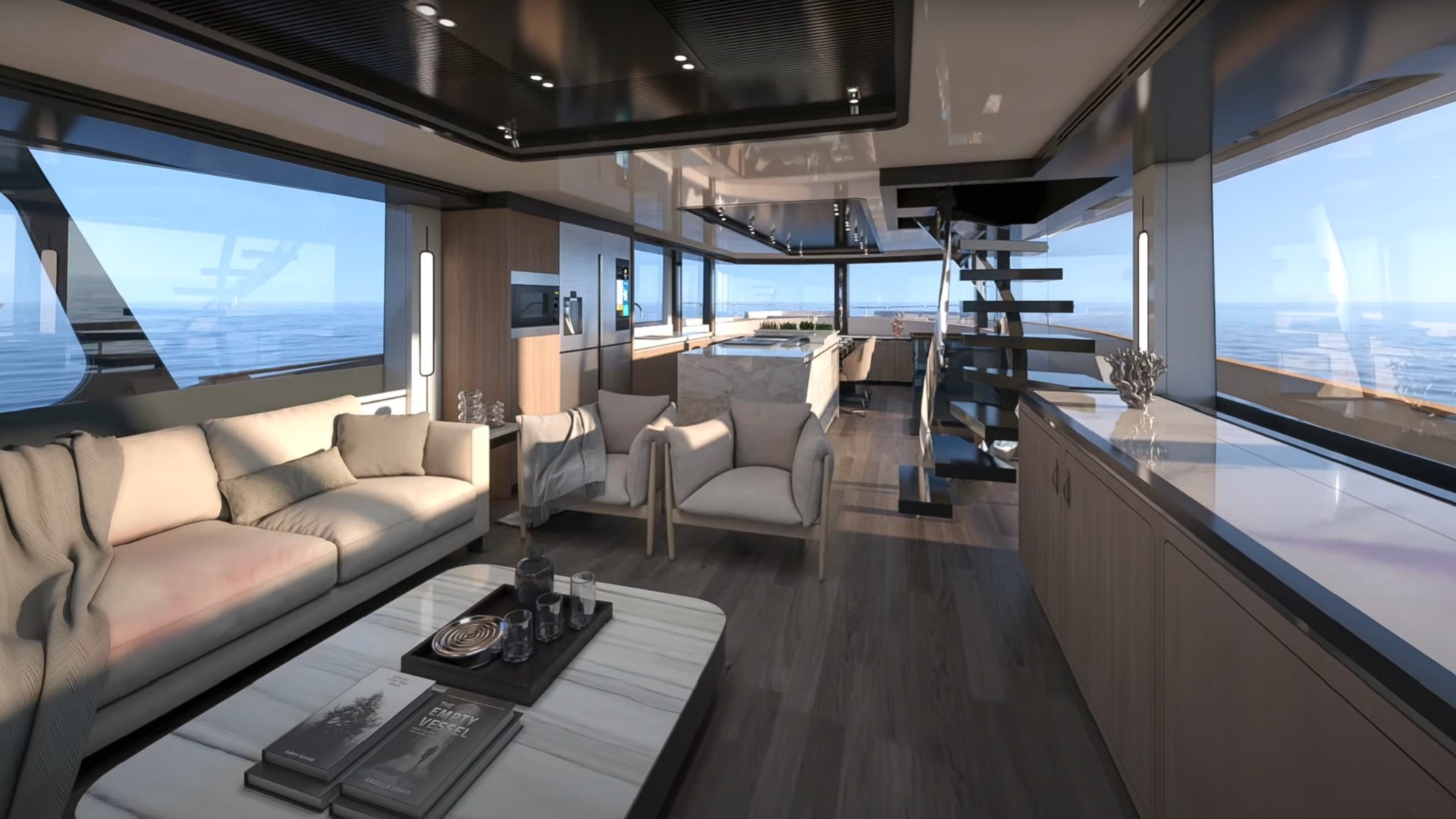 A complete range equipped with a shaft drive

The big brothers of Sirena 78 will also be present: Sirena 58, Sirena 68 and Sirena 88. Sirena 58 offers a unique layout in 2 or 3 cabin versions with a private entrance for each cabin.
Worthy successor of Sirena 64, Sirena 68 exists in 3 or 4 cabins version, with the possibility to add a jacuzzi.
Finally, Sirena 88 is a mega yacht of 26.73 meters, approved under 24 meters, with 5 cabins, including an owner's cabin on the front of the main deck with a panoramic view and a private balcony.
All Sirena yachts are equipped with a shaft line, the historical propulsion method of motor boats. They have been designed by world-renowned yacht designers such as German Frers, Tommaso Spadolini and Rob Humphreys. 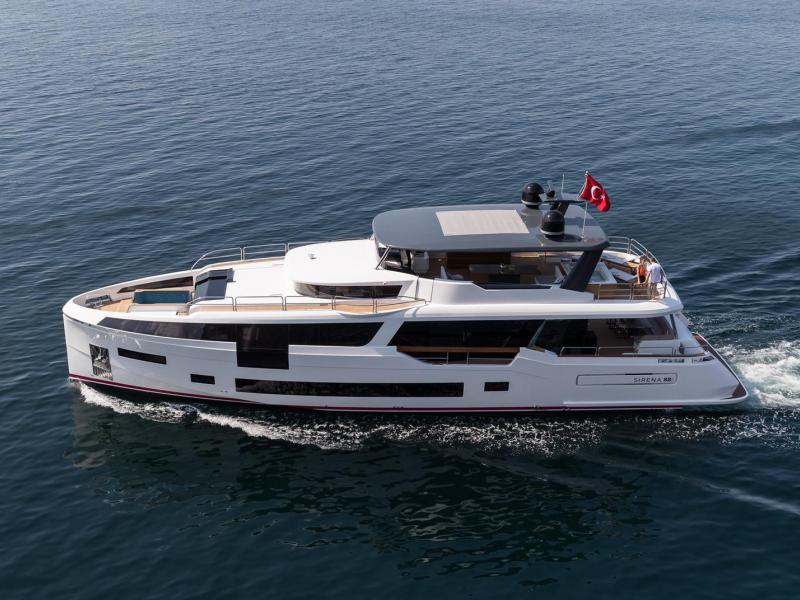 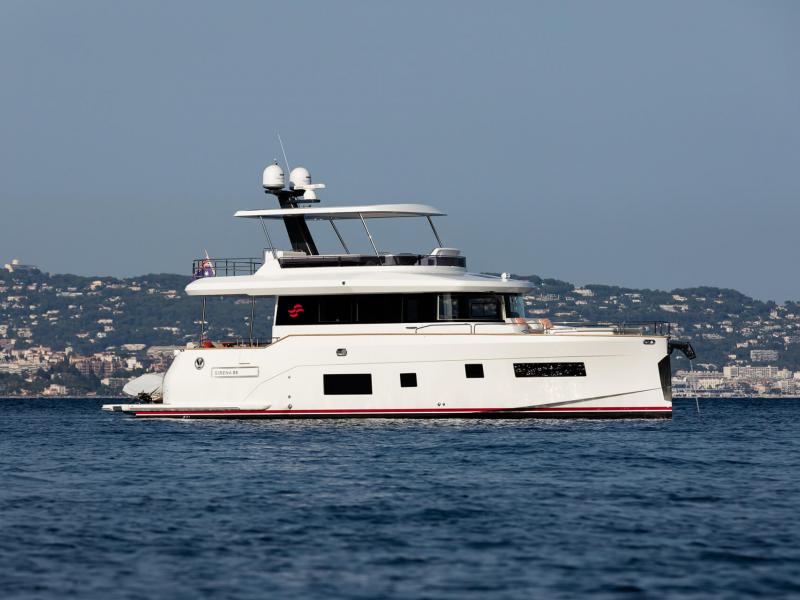 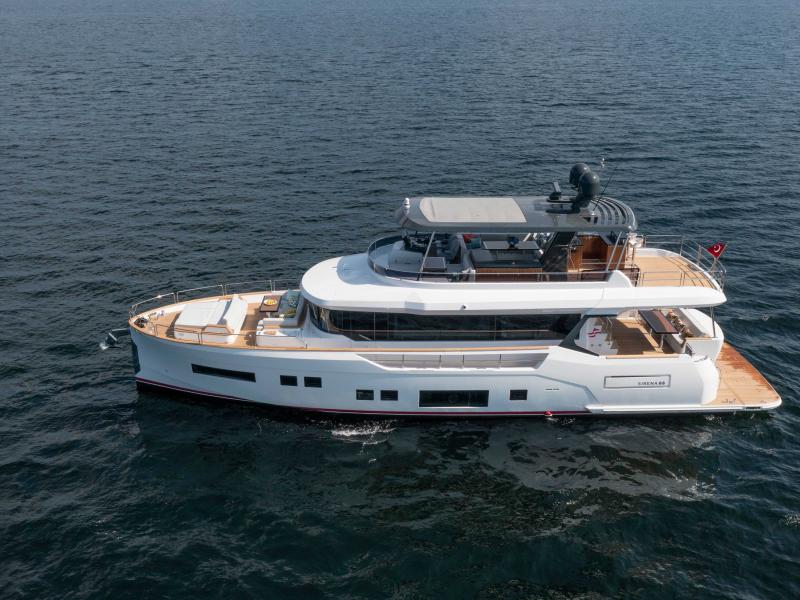 Discover all the Sirena range

For 6 days, the Cannes Yachting Festival offers to see the most beautiful jewels of the seas on the Old Port and the Port-Canto. With 140 previews expected, this new edition promises great discoveries. "The number of boats is increasing and we hope that we will get seriously close to the 640 units exhibited", Sylvie Ernoult, the director of the Yachting Festival, is delighted. See you on September 6 on the quays of the port of Cannes!

Trawlers & Yachting will be present every day from 10 am to 7 pm on the Max-Laubeuf quay, at the stand QML 056. The boats are at the place QML 205. A night show will take place on Friday until 10 pm.
The e-tickets allow access to the Old Port and the Port-Canto. Free maritime shuttles are available to connect the two ports.